Have you ever dined in a Chinese restaurant in Singapore during the Chinese New Year and wondered about the activity at the table next to yours? 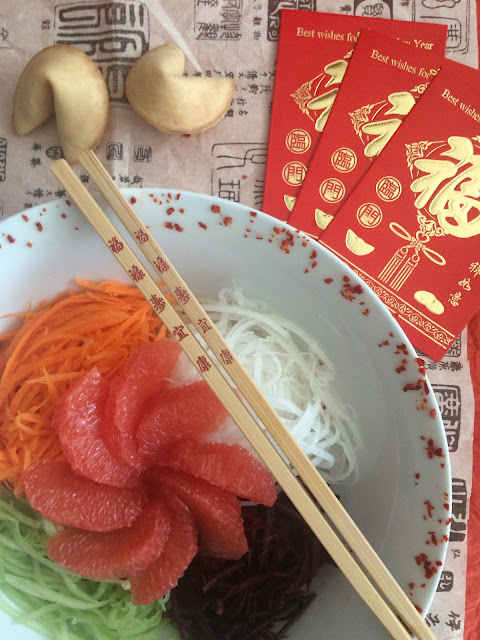 If you did you were probably amazed by a group of people sitting around the table engaged in vigorous tossing of a salad in a large bowl placed in the center of the table. This is a slightly strange picture since most of us grew up hearing that it is not good to play with your food, especially in a restaurant. But Yu Sheng salad, also known as a Prosperity Toss, is an exception. If you want to prosper in a New Year, you better toss.

Traditionally this New Year's dish includes thinly sliced raw fish. If you are an omnivore who loves raw fish you may want to try the original ancient recipe that has its origins in South China as far back in time as the Southern Song Dynasty (1127-1279). If you are a vegan, try my version of it that is just as tasty.

Yu Sheng means raw fish, and the pronunciation sound like growing abundance (increase in abundance). This is why this salad is served around New Year.

I reduced the number of ingredients to eight. Eight is considered to be a lucky number in Chinese culture since the Chinese word for "eight" (ba) is pronounced almost like the word for "prosperity" (fa). 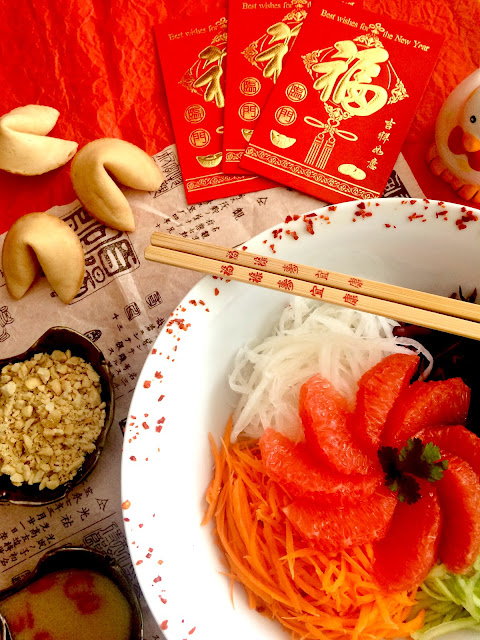 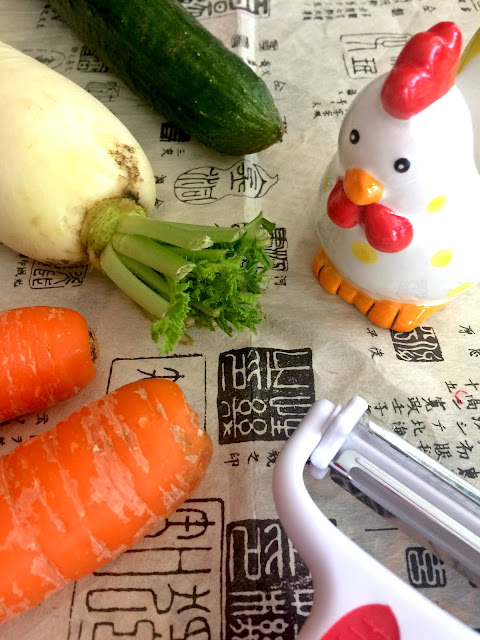 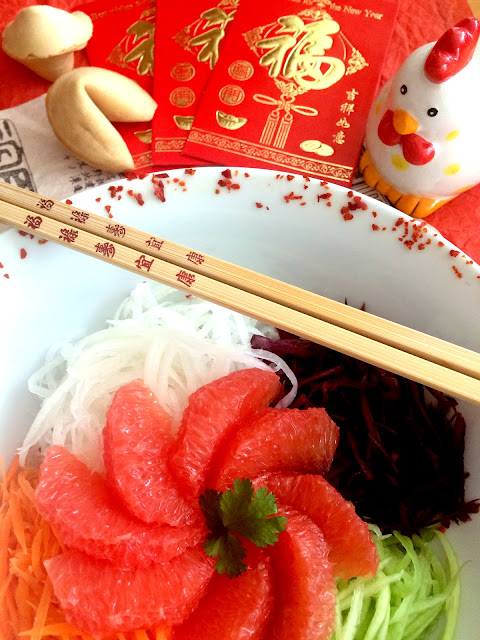 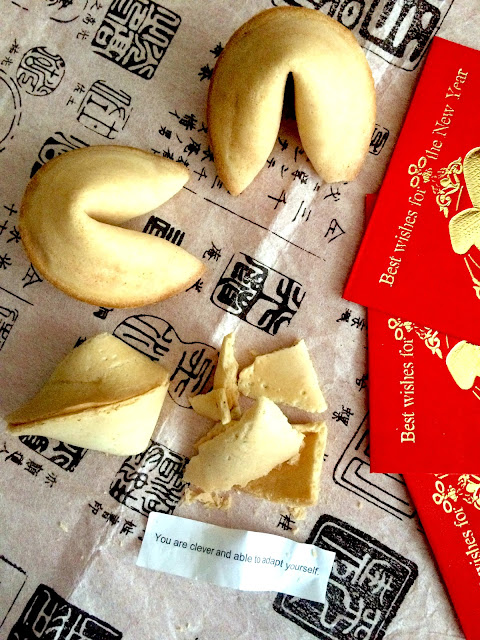 Wishing everybody a very happy, healthy and prosperous Year of the Fire Rooster - in radiant health, passionately raw - Dominique

at January 28, 2017
Email ThisBlogThis!Share to TwitterShare to FacebookShare to Pinterest
Labels: beets, carrots, chili, citrus, cucumber, radish, raw, raw food, raw food lifestyle, recipe, salad, signature dish, vegan, vegetables
Newer Post Older Post Home
Your health is what you make of it. Everything you do and think either adds to the vitality, energy and spirit you possess or takes away from it. - Ann Wigmore 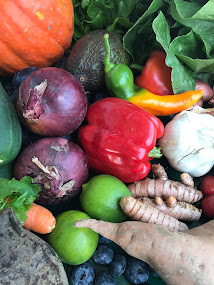 One of the very nicest things about life is the way we must regularly stop whatever it is we are doing and devote our attention to eating. - Luciano Pavarotti

What to do with Carambola? 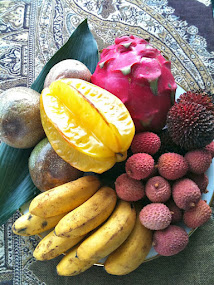 Thank you for visiting my Passionately Raw! I am absolutely thrilled that you found your way here and hope you are having fun exploring my favorite raw food recipes.

I hope that my blog is an inspiration for you to join the raw food movement.

May your day be filled with peace, nobility and joy! 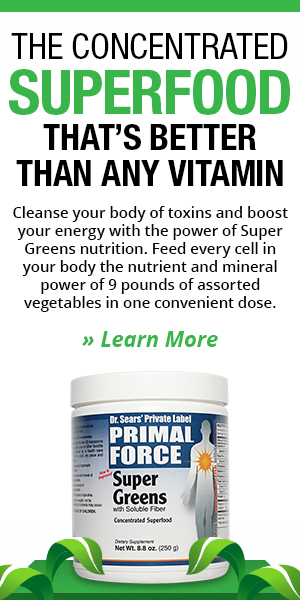 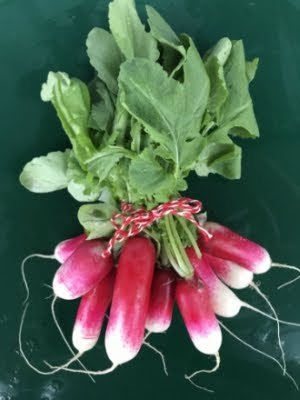 Health, excellent or ill, is passed to our children not just through our genes but primarily through our recipes. - Joanne L. Mumola Williams